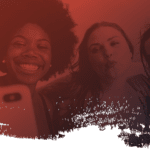 As you know, adolescence is a very important developmental period. It’s when teenagers develop their self-esteem. In the digital age, social media platforms—with their selfies, videos, posts, stories, emojis, number of likes and followers, and subscriptions to influencers’ and celebrities’ pages—have a strong influence over the way teens see themselves. This is all part of a teenager’s daily life. Teens seek recognition from their friends. They also crave close contact and immediate validation from their peers. Digital technology lets them feel like this is possible. Social media is all about image and appearances. Profile pictures and posts become ways for teens to control their image. Seeing “perfect” pictures and videos scroll by on their phone all day can create complexes or make teens feel more insecure. In comparing themselves to others, teens tend to put themselves down, and their self-esteem can suffer as a result. It’s important to remember that things aren’t always what they seem on social media and the reality is often far different from the posts.

Digital technology has many positive aspects, including access to information and maintaining relationships. But, when misused or overused, it can also cause harm. Among teens, studies show potential negative effects such as decreased self-esteem, decreased concentration, memory and attention, and decreased social skills. There is also the risk of potential abuse, such as cyberbullying or sexual exploitation. Teens aren’t always able to identify and protect themselves against these risks.

Portrait of teens in Québec

According to a Montréal study done in 2020, recreational screen time of more than four hours per day is associated with a higher risk of dropping out of school. The study also found that these teens don’t sleep as well and have poorer mental and physical health.